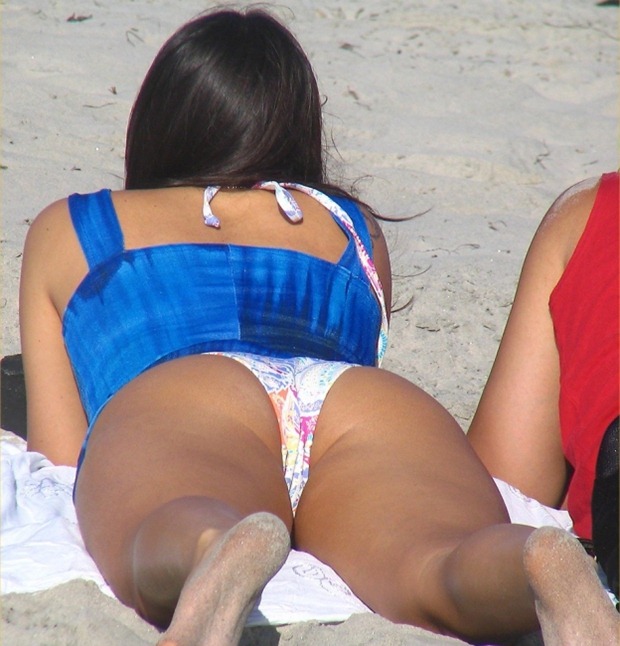 I don’t know if it is because I am an ass-fucking-maniac or if it had something to do with being a pool boy back in my teens, but if I see an ass like that my dick goes full hard in seconds. I think I rubbed way to much lotion into way too many asses in my time!

When you are rubbing oil or lotion into a woman’s ass she has subtle ways of letting you know she is interested in more than just getting a suntan. If she is not interested at all she won’t move a muscle. You might as well be rubbing suntan lotion into a corpse. However, if she is interested she we move her booty around. She will move her booty to the side so your hand accidentally goes under the hemline of her bikini bottoms. She will ever so slightly bounce her beautiful booty up and down on the lounge chair like some kind of primitive mating ritual meant just for you.

On occasion I received these kinds of cues from women and we eventually headed back to their rooms. Sometimes if nobody else was out at the pool I would reach a hand in and play with their clit right then and there. Those were the ones that tipped the most!

Don’t get mad, honey. I will be with you just as soon as I am done with the other cutie in blue. Then I will rub her pussy snatch juice all over your pussy too. You will be pussy juice sisters!